The Parish of Coolock

The current parish of Coolock, consecrated in 1969 is relatively small with about one thousand families making up the community, but once it covered a large area from Glasnevin to Raheny. There has been a church in Coolock since the early Christians set up a wattle chapel in the area later known as ‘An Culog’ (Little Corner), because of its location in the woods. Evidence of that tradition survives in the form of an ancient stone cross found in the grounds of St.John’s church. With the arrival of the Normans in the twelfth century, King John granted the Barony of Coolock to the Archbishop of Dublin. In the following century, the Cistercians of Llanthony in Gloucestershire assumed responsibility for the church, which in turn passed to the monks of Duleek. There was always a priest in Coolock until the suppression of the monasteries by King Henry VIII in the 1530s. 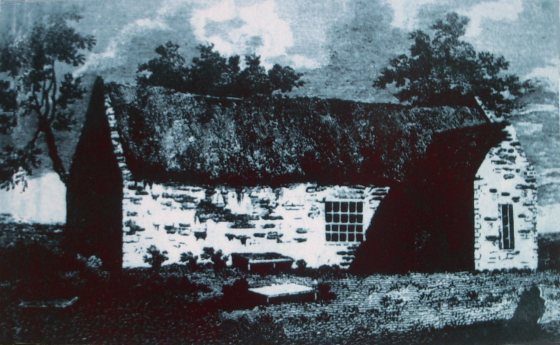 The Protestant Reformation seriously disrupted religious practice in the area. While a special synod at Kilkenny in 1614 established a parish in north Dublin, (covering a giant swathe which included Artane, Santry, Clontarf, Glasnevin, Drumcondra, Killester and Fairview) this parish was without a priest until the arrival of Father Drake in 1620. He lived in Artane and celebrated Mass in the castle owned by the Hollywood family. In 1689 a small chapel was built in Coolock, by Fr. Richard Cahill (parish priest from 1680-1720) but this was an early casualty of the Penal Laws.

Imposed in the wake of the Williamite Wars (1688-91), the Penal Laws persecuted Irish Catholics for holding on to the faith of their fathers. The laws were essentially politically motivated and aimed at preventing Catholics from threatening the Protestant state; this explains the laws depriving Catholics of the right to carry arms, purchase land, practise law, vote or be elected to parliament. Other clauses specifically affected the practice of religion, particularly the laws banishing bishops and preventing priests entering the country. Other laws strictly limited Catholic education.

As it happened, the laws were never fully implemented and there were sufficient loopholes to allow Catholicism to survive. For the most part, provided they practiced their religion quietly, Catholics were free to celebrate their faith. In times of threatened rebellion or foreign invasion, however, it was a different story and then priests risked been caught by ‘priest catchers’. The most notorious of these characters, John Garzia succeeded in having six priests convicted in 1718 and in the following year the Archbishop of Dublin, Edmund Byrne, was lucky to avoid a lengthy sentence. During these times of persecution, Catholics were forced to celebrate Mass in the open. In Coolock, a mass rock existed at ‘Chapel Bank’ where the present Beechpark Avenue meets Oscar Traynor Road. The feast of the local patron was often the highlight of the year. In Coolock, the presence of St. Brendan’s well would have provided a particular focus, which allowed Catholics to pray as generations had done before them. They would gather there for St John’s Eve, the great festival which had been celebrated in Ireland since the pagans gathered to honour Lug at Lughnasa. More often than not, the religious celebration was followed by music and dancing.

In the eighteenth-century being a Catholic involved a significant sacrifice; yet people clung to their faith. As a result, the Church of the period was a faith community in the best sense; as the great statesman Edmund Burke observed, the conditions of the Catholic Church in Ireland resembled those of the early Christians in Jerusalem. The eighteenth century Irish church was poor and Coolock was no exception. When the antiquary Austin Cooper visited the area in 1780, he commented on the Catholic chapel, which was little more than a cabin. This was the norm; chapels were usually square, thatched with a clay floor with a simple altar; in many rural parishes the chapel was used for threshing. There was little by way of decoration and few chapels possessed a full set of vestments. 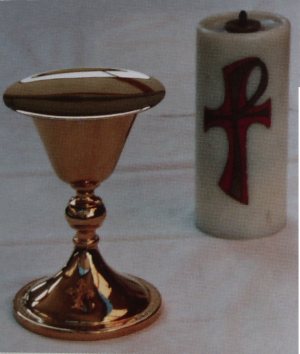 This gold chalice is a recent gift bequeathed to the parish of St. Brendan’s, Coolock from the Treacy family in New York in loving memory of their son Brendan

St. Brendan’s parish is fortunate in that it possesses a chalice from the penal era, which the Dominican Father Thomas Cummins had made for his friary in Athy in 1734. The Franciscans at Multyfarnham Abbey, County Westmeath, preserve a second penal chalice with a connection to St. Brendan’s. Made in 1717, the inscription prays for the soul of Patrick Tuite and requests that it be given to Multyfarnham. A Franciscan had possibly ministered in Coolock, or perhaps it belonged to Canon Andrew Tuite, parish priest of Coolock from 1733 to 1771. Either way, both chalices are a precious and tangible reminder of that era of persecution.

St. Brendan’s parish is fortunate in that it possesses a chalice from the penal era, which the Dominican Father Thomas Cummins had made for his friary in Athy in 1734. The Franciscans at Multyfarnham Abbey, County Westmeath, preserve a second penal chalice with a connection to St. Brendan’s. Made in 1717, the inscription prays for the soul of Patrick Tuite and requests that it be given to Multyfarnham. A Franciscan had possibly ministered in Coolock, or perhaps it belonged to Canon Andrew Tuite, parish priest of Coolock from 1733 to 1771. Either way, both chalices are a precious and tangible reminder of that era of persecution.

The Catholic clergy were greatly alarmed by this development, fearing not only the human casualties a rebellion would bring, but also the reactions of government and a re-imposition of the penal laws. For this reason the Archbishop of Dublin, John Troy, excommunicated the United Irishmen and at a local level, priests did all in their power to pacify the country. In Coolock which was politically active, the parish priest, Patrick Ryan, was particularly prominent. Not only did he preach against the rebellion, but also he busied himself throughout the parish. In May 1798, the spy Francis Higgins reported to Dublin Castle:

“At the time of the rebellion, and many of his parishioners declaring that their servants, gardeners etc. were quitting their service to join the rebels, this Fr. Ryan sought after them and publicly as well as privately admonished them. He made terms with the Rt. Hon. Mr Beresford and the Gentlemen of the Coolock Association not to molest the people on account of their giving up firearms, pikes etc. The consequence was that in the course of five days he caused to be piled up and delivered to the Coolock Cavalry nine cars filled with pikes, old scythes on poles, swords and firearms”. 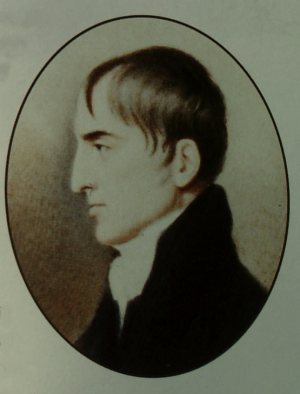 Yet while the Dublin newspapers praised his efforts, the United Irishmen regarded such activity as treachery. When Fr. Ryan was made coadjutor bishop of Ferns in 1804, the former United Irishman and editor of the Irish Magazine commented that such bishops ‘might as well be appointed by the King’. In the rebellion of 1803, too, the people of Coolock were active. Robert Emmet’s followers from all over north Dublin gathered on the green near the present Protestant church in Coolock. The collapse of the rebellion in the city meant that their efforts were in vain.